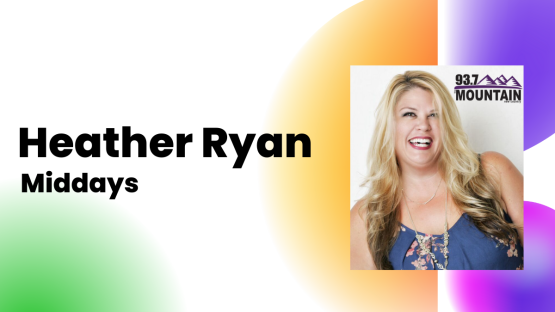 Heather Ryan is a native of the real Northern California, Redding, CA. She’s a Country girl who loves Country music, the West Coast and has a huge heart & passion for Community Service. Heather is very established in supporting causes that are near and dear to her. If there’s a community need, you can bet she’ll be there! Born & raised on all types of music, Heather’s love of music, especially Country, began at a very early age. A big fan of radio over the years, she never dreamed it would be her career. Spending numerous years in the Medical Field, followed by many years in the professional world of Marketing, Sales, HR/Staffing, Professional Development and more, Heather always felt at ease behind the mic/camera or in front of a crowd. Whether as a Speaker, Teacher, Promoter, etc., if Heather could have a penny for every time she was told she “had a voice for radio” she’d be rich! Enough so that it instilled a curiosity to see “What if?”. Finding herself drawn to every live radio broadcast, asking questions about voice acting, radio shows, etc., she formed several friendships with those established in the industry, including her good friend Don Burton, long-time Program Director & DJ for KSHA 104.3. Fast forward to 2014 & a phone call that would change her world. It was the call from Don that launched her into her first Radio Show as his Morning Show Co-Host and she hasn’t slowed down yet! With a Motto that “Life is short…buy the concert ticket!” you’ll find her at a concert any given day/time. Heather’s natural ability to communicate, be a role model, connect with others and be relatable to listeners of all ages is where she shines and she doesn’t take that responsibility for granted. Get your Country on with Heather Ryan middays on 93.7 The Mountain!